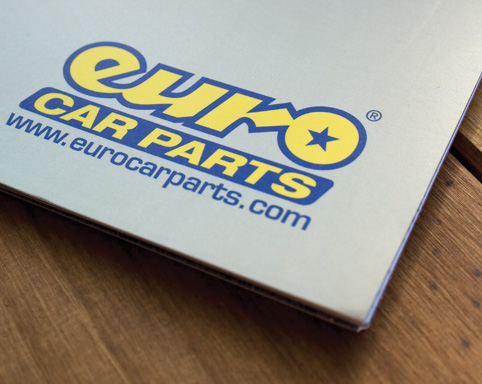 Delivering When It Matters

Euro Car Parts was established to supply parts for BMW, Mercedes-Benz, Porsche and Volkswagen models.  It now supplies all makes and models.

With over 400 sales branches in the UK, Point of Sale printing became a significant and business critical factor.

Failure to print customer invoices and sales documents resulted in an aborted transactions and loss of business. With over 1200 devices and many different printer models, cost and other problems were increasing.

There  was a single supplier contract in place with Managed Print Supplies.  However, because there were many locations to manage, there were multiple challenges including:

“Before working with Kanban, we had around 70 to 80 errors a day which created chaos. If supplies didn’t turn up, we had to buy locally, rob other printers or sometime shut tills. Our Service provider at the time was using other software to monitor our printers but it was completely failing.”

Euro Car Parts enlisted the help of one of the best-known office product suppliers who supplied Kanban’s software through a network of 20+ sales offices.  In just a few weeks, Kanban was monitoring over 1000 printers from a single virtual server within ECP’s environment.

Kanban’s unique software, installed to help manage supplies, revealed that hundreds of devices were reporting toner level incorrectly. Each spike, where the levels dropped to 5{d97d9743b3b11738168ca4a293e6e7ced46cc0bb9d4efa9e3e3e6b288b2039be}, resulted in a false order.

The staff were not aware of the incorrect “low toner” messages.  As a result, staff members were also changing partly used toners.

In the image above, you can see how the levels in red spike up and down. Previously, each spike falsely ordered toner. The true usage mirrors the green line which shows the pages printed.

Over a two-year period, 10,000 transactions have been corrected resulting in a quality of Service that is unprecedented.

The majority of the corrections have blocked orders that have been generated incorrectly.  However, just as the Kanban’s forecasting engine can detect when printers are supplying incorrect levels, it can also order supplies early if it detects high usage.

Kanban’s consolidated forecasting transformed the daily hit or miss guesswork into targeted and precise ordering information able to identify what was needed, where and when. It was able to save ECP over £5000 a day in unnecessary orders.

“We normally have three printers at the counter. If one breaks, the remaining printers get hammered, so we can’t wait until the printers tell us they are Low before ordering.”

Kanban’s team continue to work with Euro Car Parts using a continual optimisation process to look for further savings, whenever new stores open as well as when devices move or are replaced.

Since Kanban worked with ECP, it has helped over 500 organisations manage their printers, supplies and contracts better. Customers with anything from 1 to 5000 devices, in the UK or internationally, can benefit from Kanban’s services.

Whether your organisation is under contract, or buys transactionally, Kanban’s approach will save time, eliminate waste, improve management reporting and reduce cost.